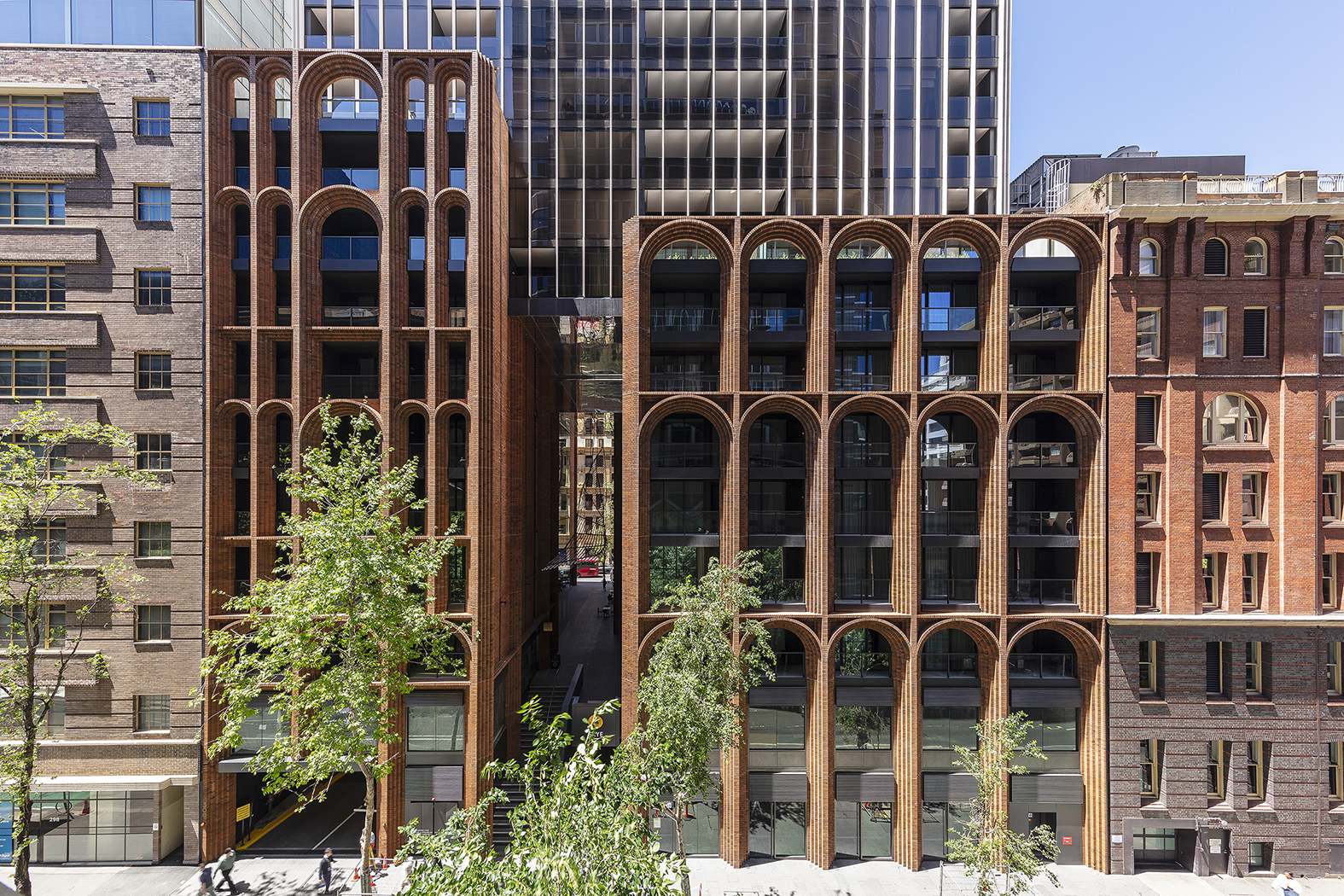 Arc is made up of two 26-storey, 80-meter high towers. The mixed-use residential project includes 135 apartments, 86 boutique hotel rooms, cafes, restaurants and a retail precinct. It was erected on a 1,447-square meter site at 161-165 Clarence Street and 304 Kent Street in Sydney. The floor area of the project is 17,400-square meters. This project was the winner of a City of Sydney Design Excellence Competition in 2013. The twin towers rest on a four-block brick masonry podium that aligns with the delicate heritage context. Arc seeks to reduce reliance on mechanical services and embraces more natural means. Its glass elevator core lets daylight in, and the stack effect of the central atrium facilitates natural ventilation. Arc gave back the ground plane to the people to reinstate a “laneway” from Sydney’s past, re-activating a once forgotten part of the Sydney CBD.

The podium was made with no less than 300,000 hand-laid bricks. The use of these brick arches responds to the scale and character of the heritage buildings next door, like the Red Cross Building and the Andrew Bros Warehouse. The inspiration for the materiality evokes the image of Uluru (Ayers Rock) located in the Northern Territory – “the colour and texture of brickwork echoes the oxidation of red earth, found in the heart of Australia as well as the erosion of its landform over years traced in a series of organically shaped ribs and arches.” Perhaps the most distinctive feature of Arc is a series of 59 ribs or arches that reach up the towers forming an “organic crown” at the rooftop. This draws a distinction between Arc and the mainly unused rooftops of towers elsewhere in the city, emphasizing the importance of such “breathing space” for social interaction and wellbeing. Arc represents an architectural statement that combines craftsmanship and texture to create a contemporary tower that respects the rich historical context of its surrounding urban fabric.