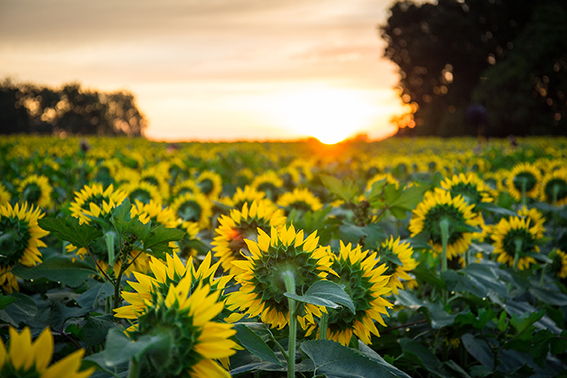 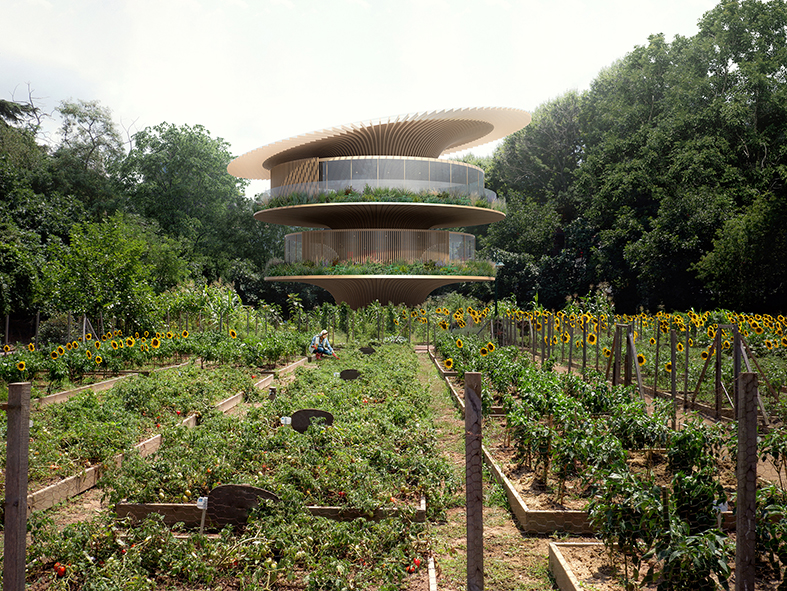 Form Follows Function - The Bauhaus helped shape the social and economic transition to an industrial society and the 20th century. A hundred years later, we are facing new global challenges: climate change, pollution, digitalisation and a demographic explosion predicted to increase the world’s population to up to 10 billion people by mid-century. Buildings and infrastructure are responsible for at least 40% of all greenhouse gas emissions. It is high time to rethink the New European Bauhaus, the modern life in harmony with nature.

Form Follows Nature - the Sunflower House is located in Le Marche, Italy, known for its rolling farmland and yellow fields of sunflowers. It is a fast-growing crop that thrives in the sunshine, the Italian name girasole, literally meaning “turn to the sun”.

The inspiration of our design is the sunflower, as we strive to harness the power of the sun. Its roof and each floor rotate on sensors for maximum sun exposure or for optimal performance and user comfort to maximise or minimise the heat gain, especially in the extreme heat conditions recently experienced in the Mediterranean climate. Maximising sun exposure all day results in gaining the highest possible solar power generation on site yielding an estimate 40% increase in energy production.

The house is naturally air-conditioned by use of earth tubes; a technique invented by the Romans. The sun heats up the chimney causing the air inside to rise, thus drawing air through the cool pipe. The pipe cools the air drawn from the outside to the temperature of the earth at the depth at which it is buried. Artificial structures require large foundations, but with sunflowers nature achieves a beautiful balancing act. There is minimum intervention on the ground so the earth has room for other activities, yet the sunflower magically nods its head to bathe in the light. The Italian word girasole literally means ‘turn to the sun’. 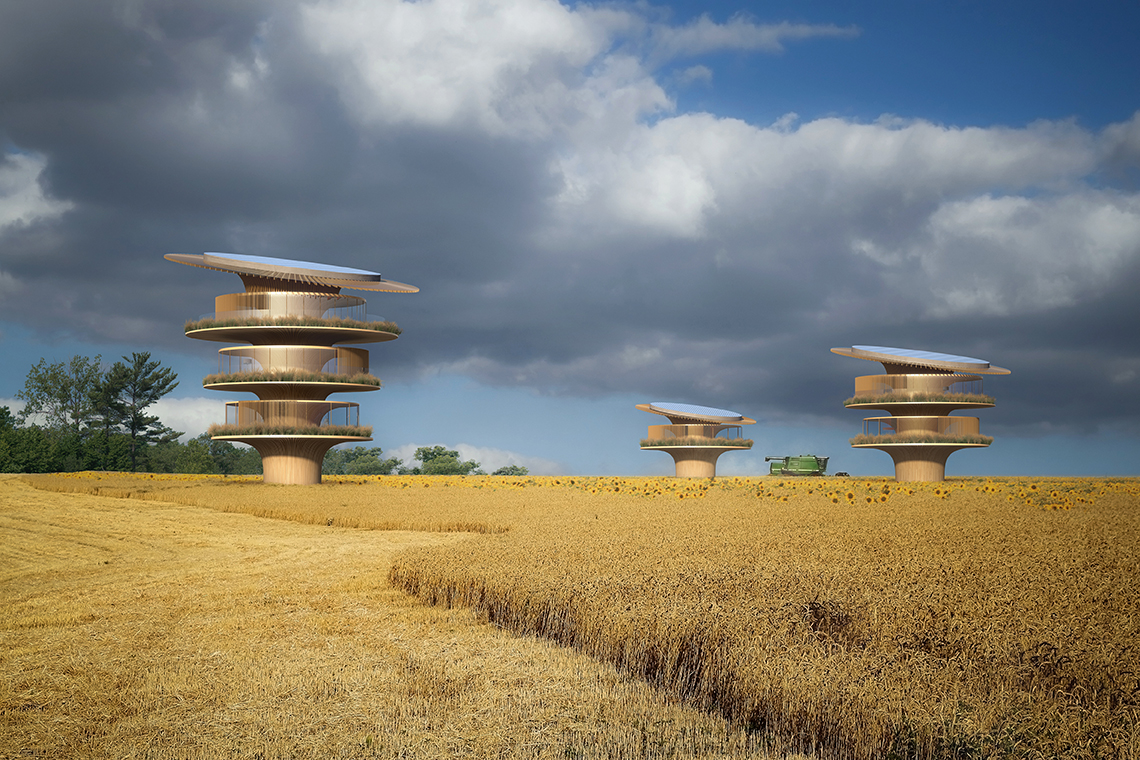