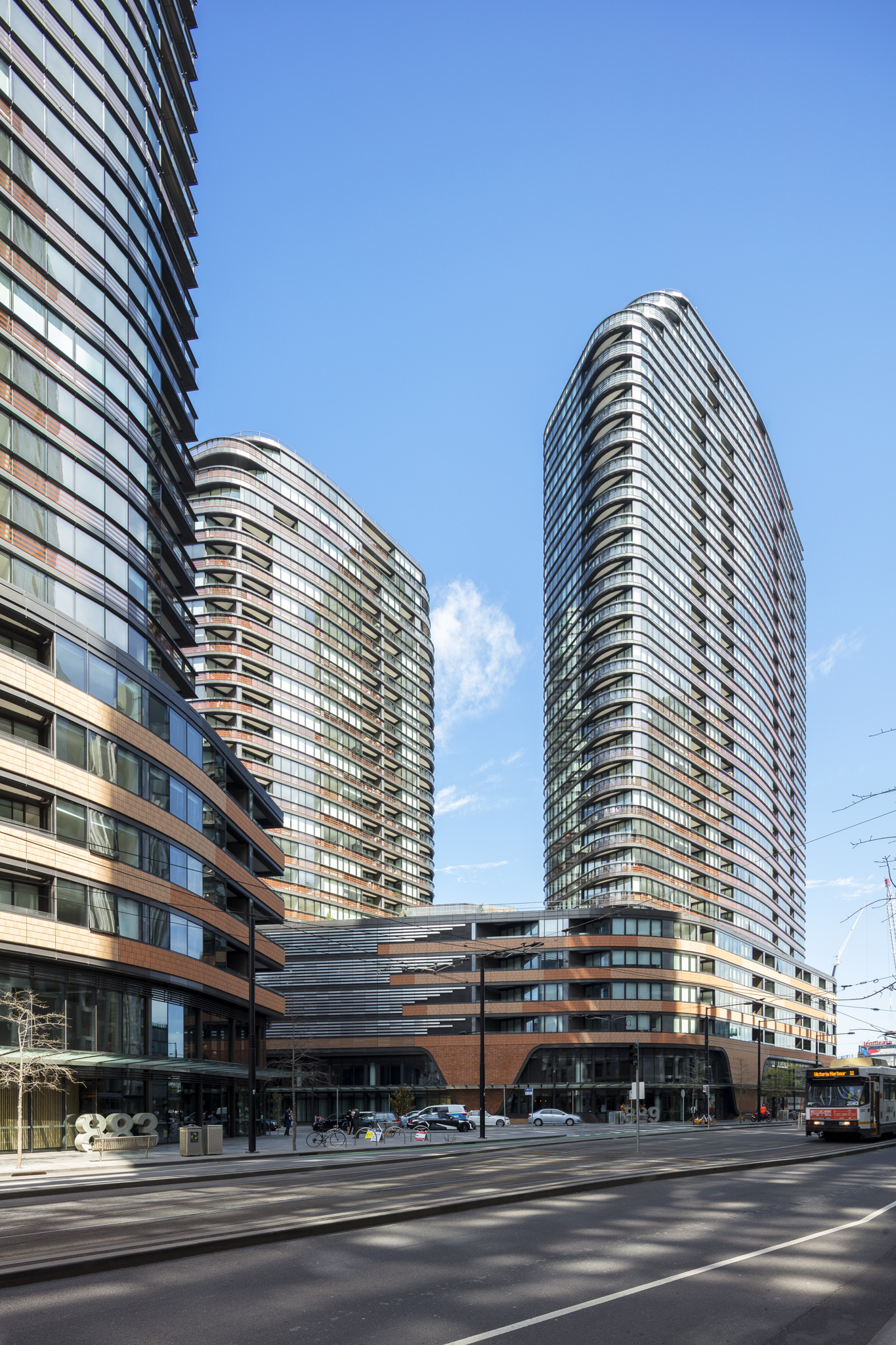 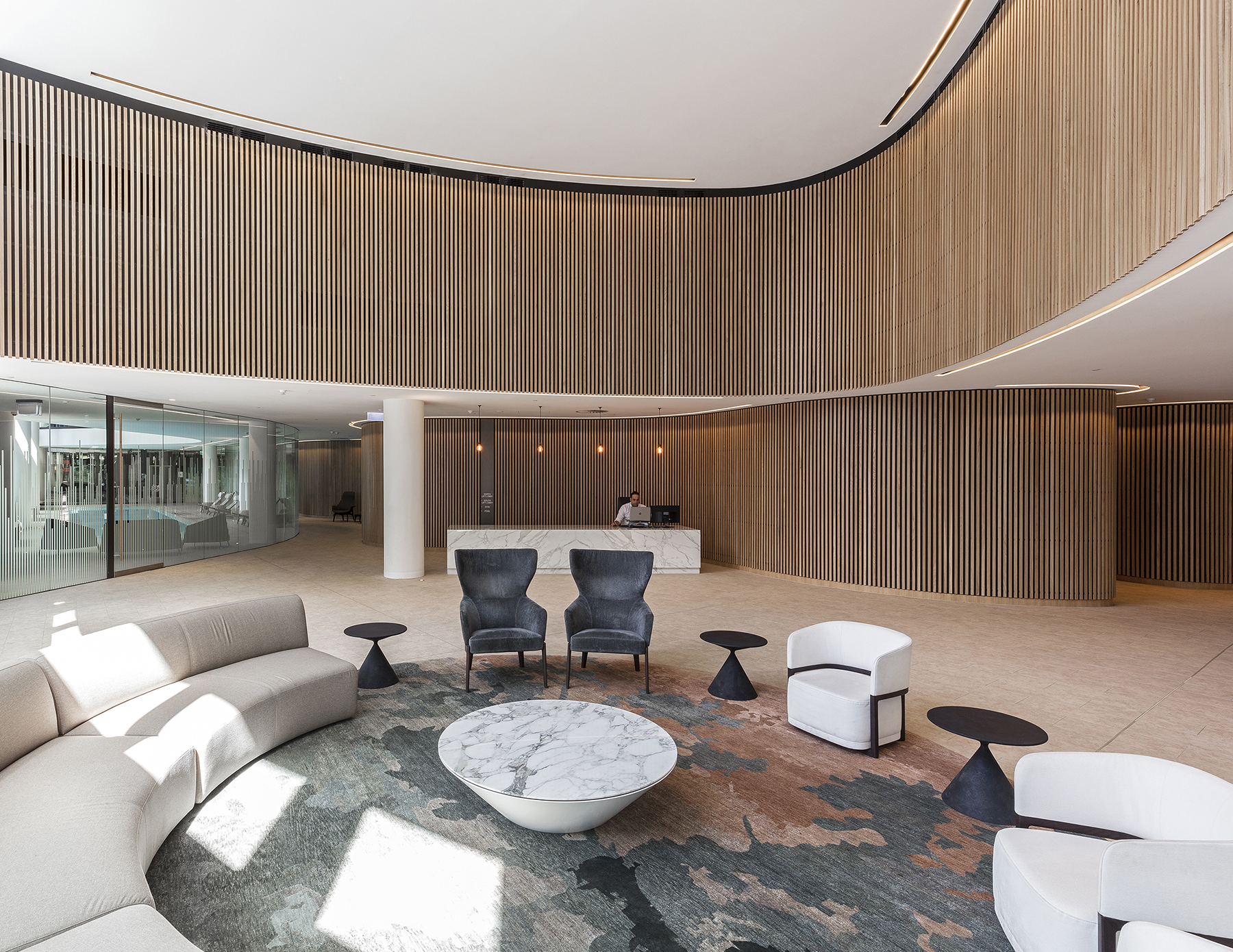 Located where Melbourne’s most iconic street – Collins Street – connects with the waterfront, 889 Collins Street is set to become one of the most prestigious addresses in Victoria Harbour. A debut collaboration between one of Australia’s most sought after and inspiring architects and one of the country’s most respected and established developers, this Victoria Harbour building is a representation of visionary city living. Inspired by the location, energised by the city and achieved through applied mastery, 889 Collins Street is a building deserving of its address.

The artistry is evident in the details. Takada has focused on bringing ‘character, warmth and materiality’ to both the streetscape and the interiors, reflecting the industrial history of the docks and providing contrast to the sleek nature of the city. Mapped patterns of the rippling of water are reflected in the building’s surfaces, and from some angles its lines give the impression of a sailing ship catching the wind.

The building’s appearance is intended to change depending on where the viewer is located and the time of day. Takada has used a combination of more traditional urban rectilinear forms and more natural curvilinear forms, influenced by the convergence of water, on one side, and the cityscape, on the other. ‘This duality influenced the concept from the start. There are these Manhattanesque views, and the water is constantly changing the light. The sunsets are really magical.’

The interiors are also thoughtfully designed to connect with the outdoor environment, using neutral colour schemes to reflect the light, creating spacious and welcoming indoor spaces. Takada explained that ‘very carefully planned view corridors maximise both the spectacular views and the sense of privacy’.

When asked how he makes his buildings desirable places to live, Takada responded that ‘it is about the extension of living space, through pools, gyms and common areas where residents can work out, relax or bring guests. These become pockets of space that are retreats, places that you can escape to.’ This project is made up of two 31-story, 96-meter high towers and two 25-story, 79-meter high towers, a mixed-use residential project located at 883 and 889 Collins Street in Melbourne, part of the Lend Lease Victoria Harbor precinct.